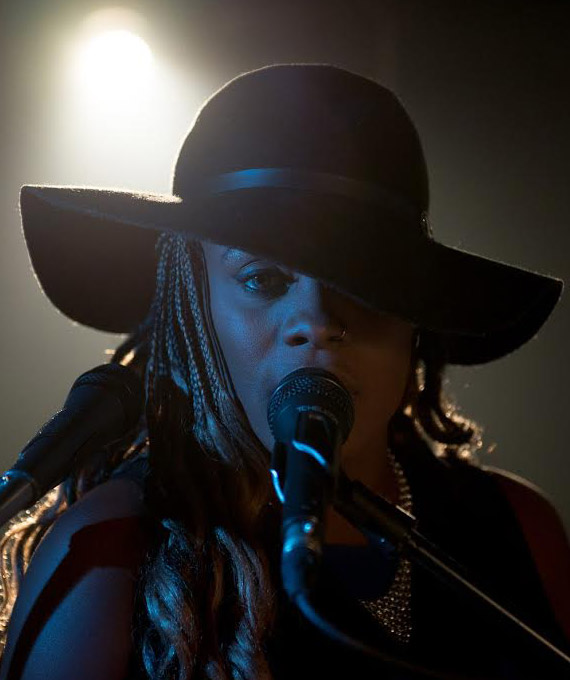 Never staying in one physical location for very long, D’eve Archer has found her home on stage. Blending musical elements of her Jamaican heritage, with her small town Canadian upbringing, all shaped by a classical training in music, she brings her audiences a seamless blend of musical styles, instrumentations and deliveries all tied together with her undeniable and infectious energy. The kind of energy that easily owns a room, and no matter the size of that room, you’ll feel like she is talking and singing right to you.

D’eve Archer introduced herself as Saturdae Jonez in 2015 and has played many stages, big and small surprising her audience time and time again with her live looping, sampling and bold vocal abilities! Saturdae Jonez has managed to make herself at home on various stages for 4 consecutive years during one of the world’s largest music conferences MIDEM, held in the south of France. D’eve has collaborated as Saturdae Jonez with various artists, and producers ranging from Switzerland to New Zealand in search to find unique sounds and ideas to suit eclectic style. Saturdae Jonez aims to release new music this fall that she has co-produced with Team Zino of the Netherlands and Skycrazzy of France. Enjoy the new sounds of Saturdae Jonez.