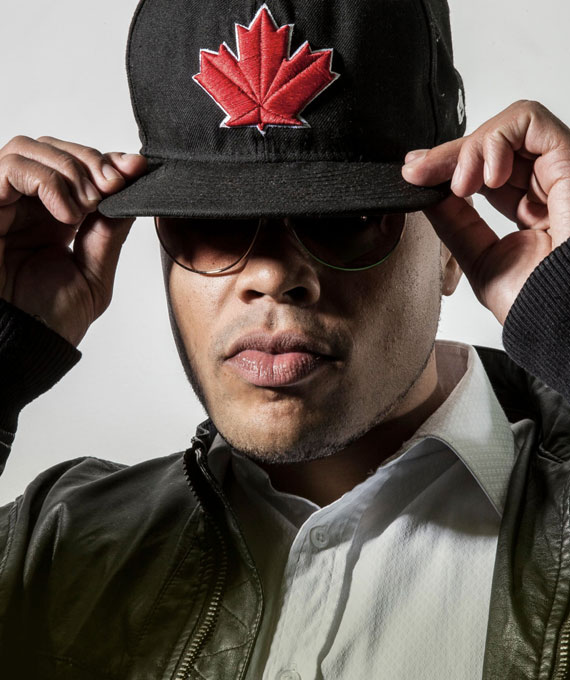 D.O. Gibson has defied the odds as a rapper from Canada, becoming a certified international artist, a successful record label executive and a socially active community ambassador. He set a Guinness World Record when he freestyled for nearly nine hours in 2003, sold tens of thousands of CDs, hit #1 on U.S. College Hip Hop Radio charts and travelled the world performing for sold out crowds; D.O.’s success is defined in his own terms.

In addition to extensive Canadian tour schedule, Gibson has lived up to the nickname “Mr International” as he has toured the US, Europe and Asia. In the summer of 2016 he headlined shows in France, the Netherlands and performed at Fresh Island Fest in Croatia alongside Wiz Khalifa, Chris Brown and DJ Premier.

Gibson’s latest release is entitled “On This Grind” – a soundtrack to the podcast series of the same name where Gibson discusses life lessons learned from the music business. As a music executive, Gibson has booked tours for himself and other artists, secured over 150 grants for artists, and has been a keynote speaker at business conferences.

“One of my favorite tracks on the album is “No Traffic” because I talk about the key to longevity. I’ve learned that long-term success comes from staying in your own lane and working on being the best you. Too many artists, and businesses, get distracted by trying to keep up with the competition,” says D.O.

“Can’t Stop, Won’t Stop” – the first single from the album also serves as a testament of D.O.’s career. From setting a Guinness World Record in 2003 for longest freestyle (8 hours and 45 minutes) to releasing an album produced entirely by Juno Award winning Classified, D.O. has yet to take a break.

In between recording, Gibson founded the Stay Driven program that launched in 2001. Stay Driven is based on D.O.’s own life experiences where he addresses relevant topics such as anti-bullying, peer pressure, and literacy. Gibson has spoke and performed at over one thousand schools reaching hundreds of thousands of students. In 2012, he released the book Stay Driven.

D.O. is also one half of the house-hop duo Art of Fresh, whose music was featured in a television ad campaign for Volkswagen and Orville Redenbacher Popcorn. Their single “Where I Go” hit #1 on the U.S. College Hip-Hop Radio Charts (2013) and attained over one million Youtube views. They’ve opened for the Black Eyed Peas and Snoop Dogg.

Somewhere between Tupac (in terms of social consciousness), Common (in terms of artistic integrity) and Jay-Z (in terms of business sense), stands D.O., a man who is bounded only by the hours in a day.